Steve is president and majority owner of RECON with more than 36 years’ experience in civil and geological engineering.  His extensive experience working in undeveloped and remote areas of Alaska has afforded him the opportunity to study and evaluate a wide variety of terrain and ground conditions as they relate to infrastructure development. This knowledge base has been applied to road and trail route location and design, airfield location, school site selections, industrial facilities location, pipeline routing and general land use recommendations.
Steve provides guidance and oversight for all RECON projects.  Most notably, he has had key leadership roles in investigating site access alternatives and facilities location for proposed resource development projects throughout Alaska.  He has conducted site reconnaissance for a state-wide grid of seismometer installations and has been involved in planning and constructing multiple mining and drilling sites and access routes in Alaska’s interior.  Steve doesn’t hesitate to ground-truth a remote route or site to provide an in-depth initial assessment of feasibility.
A lifelong resident of Palmer, Steve acquired his Alaska Professional Civil Engineering License in 1986 (CE-7241) after receiving his BS in Geological Engineering from University of Alaska Fairbanks in 1980. 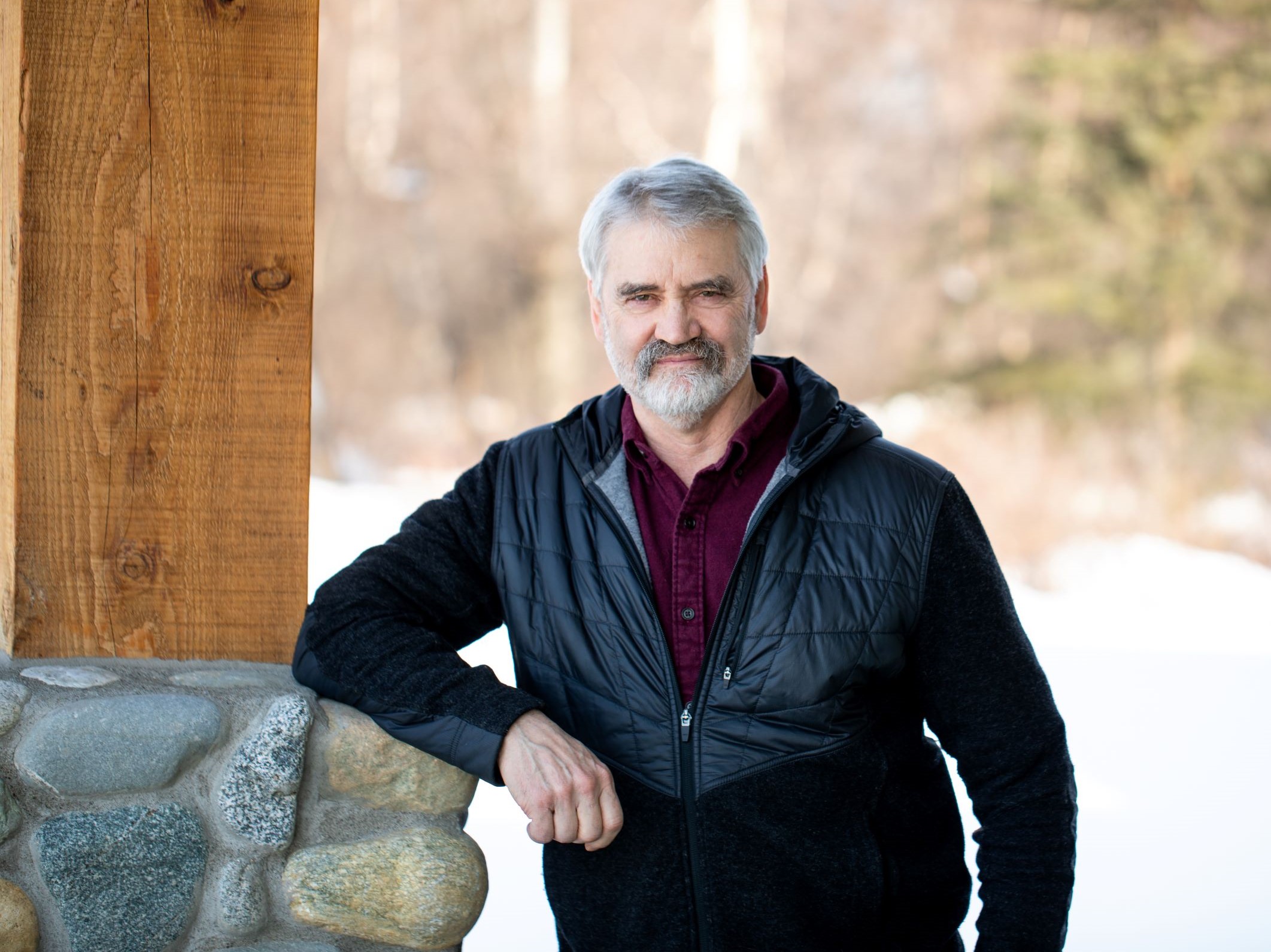 Isaac joined RECON in 2009 and became a partner in the business in 2017.  His experience includes short and long-range mine planning, mine reclamations, permafrost stabilization, project management and remote logistics.  He specializes in off-grid projects and has worked in remote locations ranging from Baffin Island to the western Brooks Range, Ketchikan, and the Alaska Peninsula.
Isaac’s recent and current projects include project management for access routes to oil and gas exploration sites, design of quarries and material sites, site reconnaissance and logistics planning for seismograph installations statewide, and logistics management for a remote drill program. He is always in his comfort-zone on any back-country Alaska project.
Isaac is a registered Professional Mining and Mineral Processing Engineer in Alaska (No. 13667) and a registered Professional Engineer in Canada’s Northwest Territories and Nunavut (No. L2102).  He received his BS in Mining Engineering from University of Alaska Fairbanks in 2004. 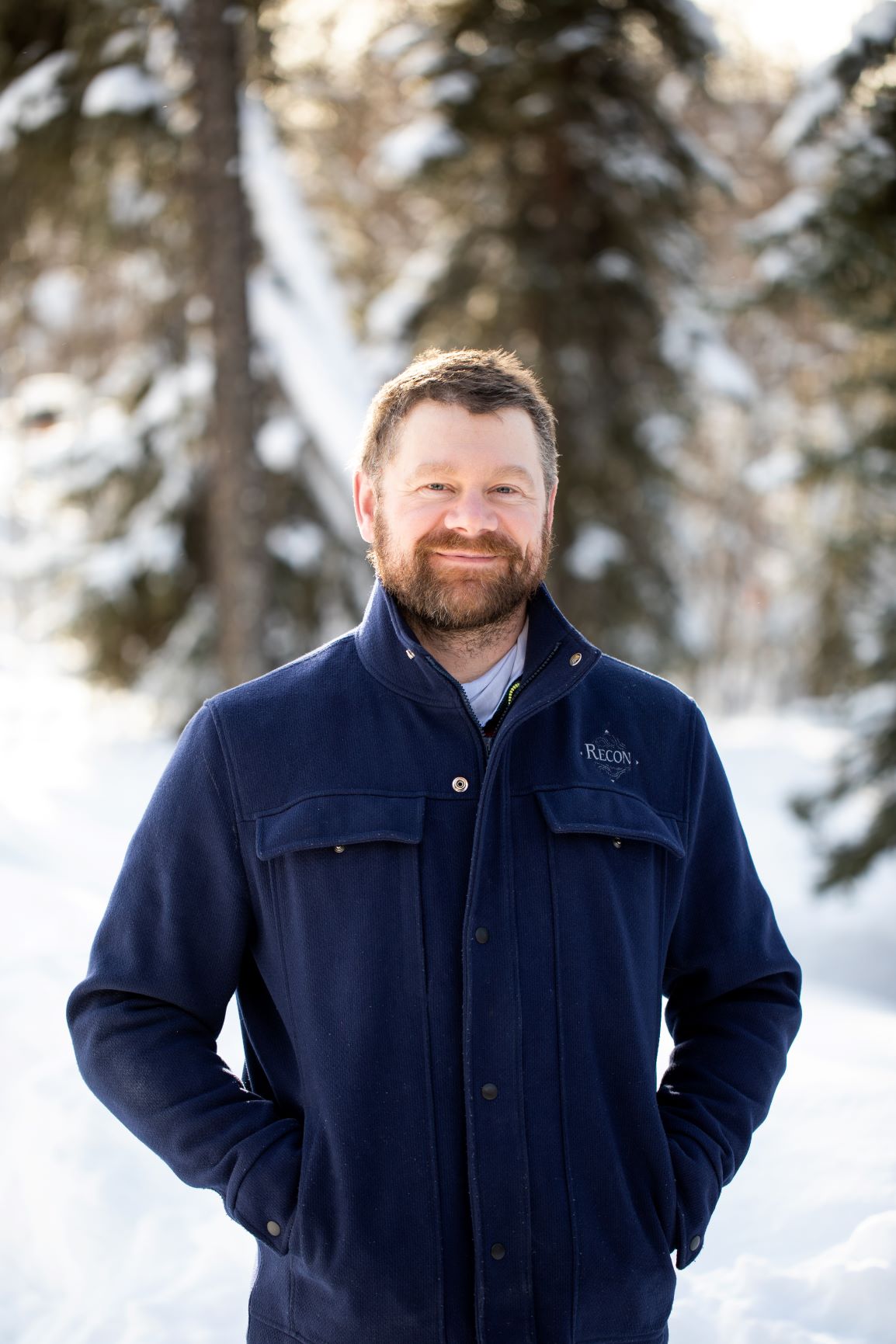 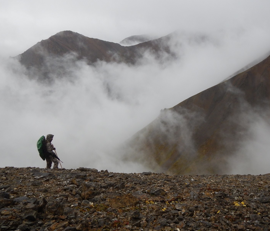 Mick joined RECON in 2010 as a professional land surveyor and became a business partner in the company in 2017.  With nearly 25 years in the surveying profession, his experience encompasses control, construction, hydrographic, subdivision, and engineering support surveys.
Mick’s work has involved surveying and project management with land and hydrographic surveyors, landscape architects, geologists, wetland biologists, architects, GIS specialists, and engineers of many disciplines.
His accomplishments include planning and implementing large-scale GPS control networks and supporting engineering projects throughout Alaska. He led a team of surveyors from two other companies while working on the largest of these networks, which spanned 3,500 kilometers along Alaska’s coastline.  Engineering support has included route reconnaissance, topographic acquisition, boundary surveys, as-builts, as-staked, quantity calculation, and construction staking of all types.  Survey work has brought Mick to all the extremes of Alaska’s geography and climate.  He enjoys the unique challenges found in each.
Mick is an Alaska Registered Professional Land Surveyor (No. 11794). He received his BS in Surveying and Mapping from University of Alaska Anchorage in 1998. 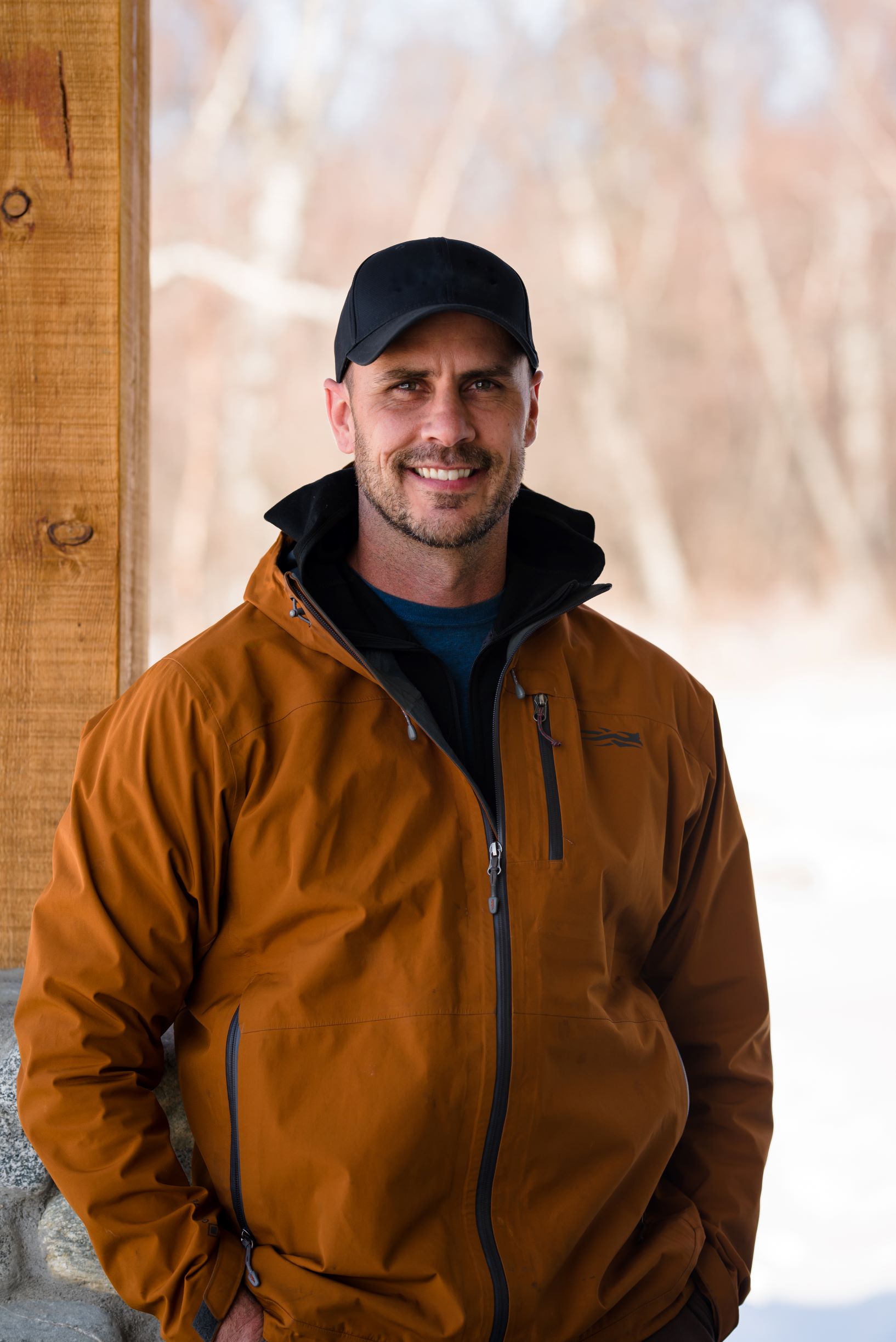 David joined RECON in 2017 as a survey technician.  His drilling and environmental experience in the oilfields of the North Slope of Alaska has given him a unique perspective on the surveyor’s role.  He continues to build on his experience and has begun to lead in the field as party chief and stand out in the office as a CAD & GIS Specialist. As a lifelong Alaska resident with a background in the geology field and a can-do attitude, David is a natural fit for the RECON team.
David received his BS in Geology from University of Alaska Fairbanks in 2013.  He obtained an associate degree in Geomatics in 2019 from University of Alaska Anchorage and his LSIT in August of 2020. 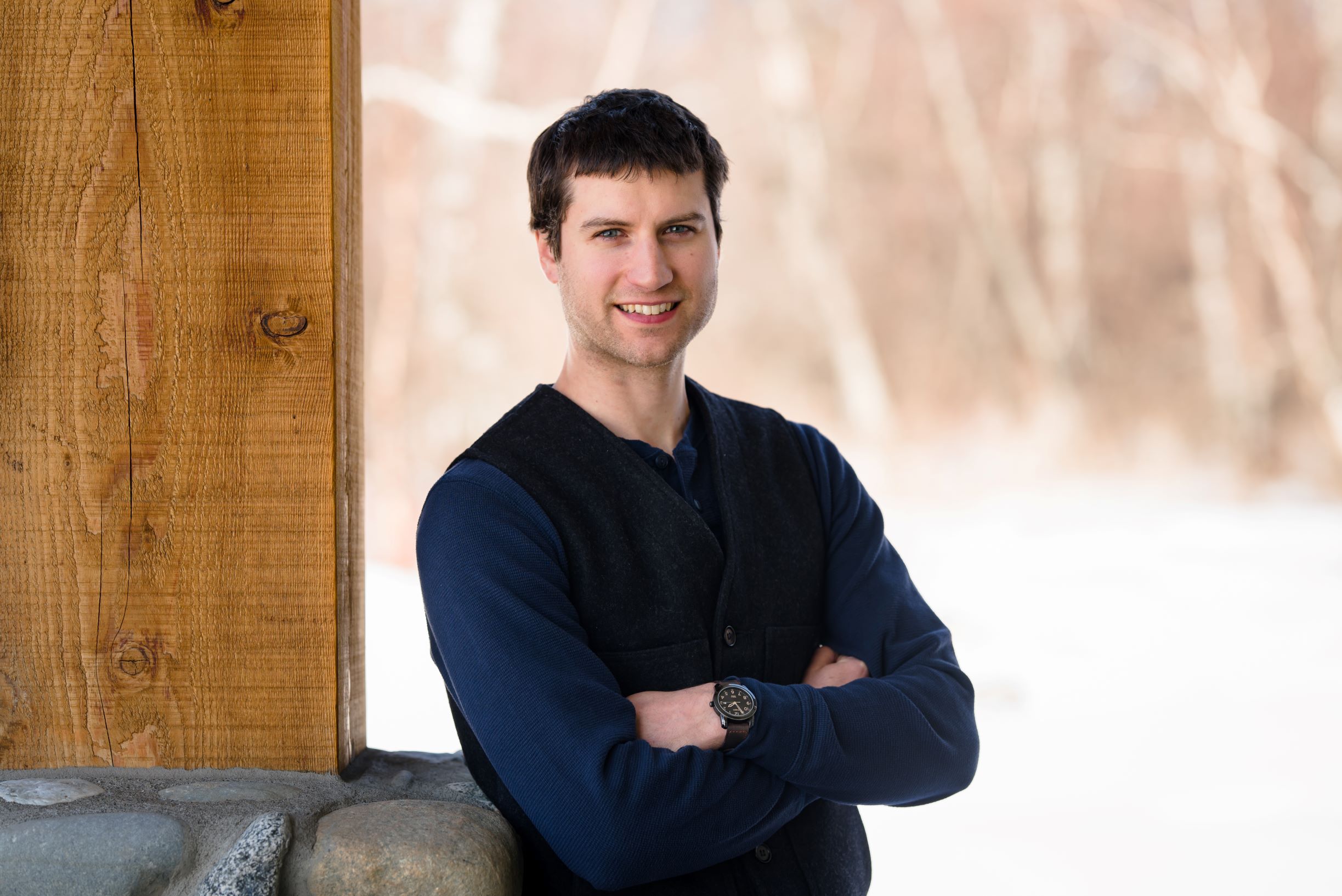 Maria joined RECON in 2016 as a civil engineering technician.  She supports operations from the Fairbanks office including cost estimates, field inspections, ACAD drafting, and logistics support.  In the summer season of 2016 and 2017 she traveled extensively in Alaska as a field technician for the IRIS EarthScope seismic monitoring study.
Maria received her BS in Geological Engineering from the University of Alaska Fairbanks in 2016.  She passed her FE exam in 2016 and passed her PE exam in April 2022. 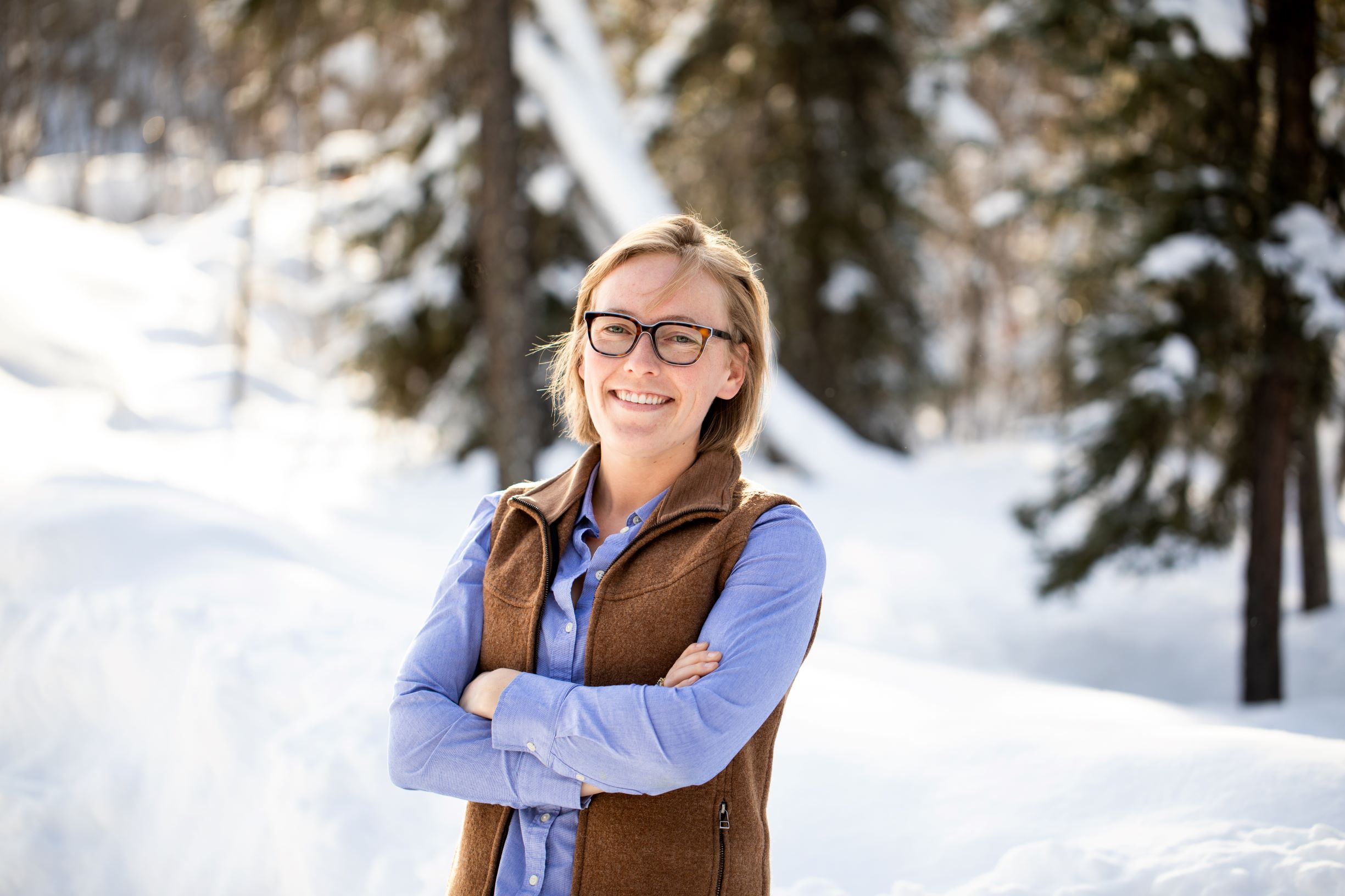 Alison began working with RECON as a seasonal logistics specialist in 2011.  She has supported the study of a natural gas pipeline for a mineral resource in SW Alaska and served as Logistics Coordinator for the IRIS EarthScope seismic monitoring installations statewide since 2012.  Alison is well versed in camp management, freight coordination, schedule control, and flight following.  RECON counts on Alison as a high-level logistics problem-solver.  During the school year, she teaches high school biology in Anchorage.
Alison received her MA in Ecology and Evolutionary Biology from University of Colorado in 2007 and her BA in Biology from University of Vermont in 2004. 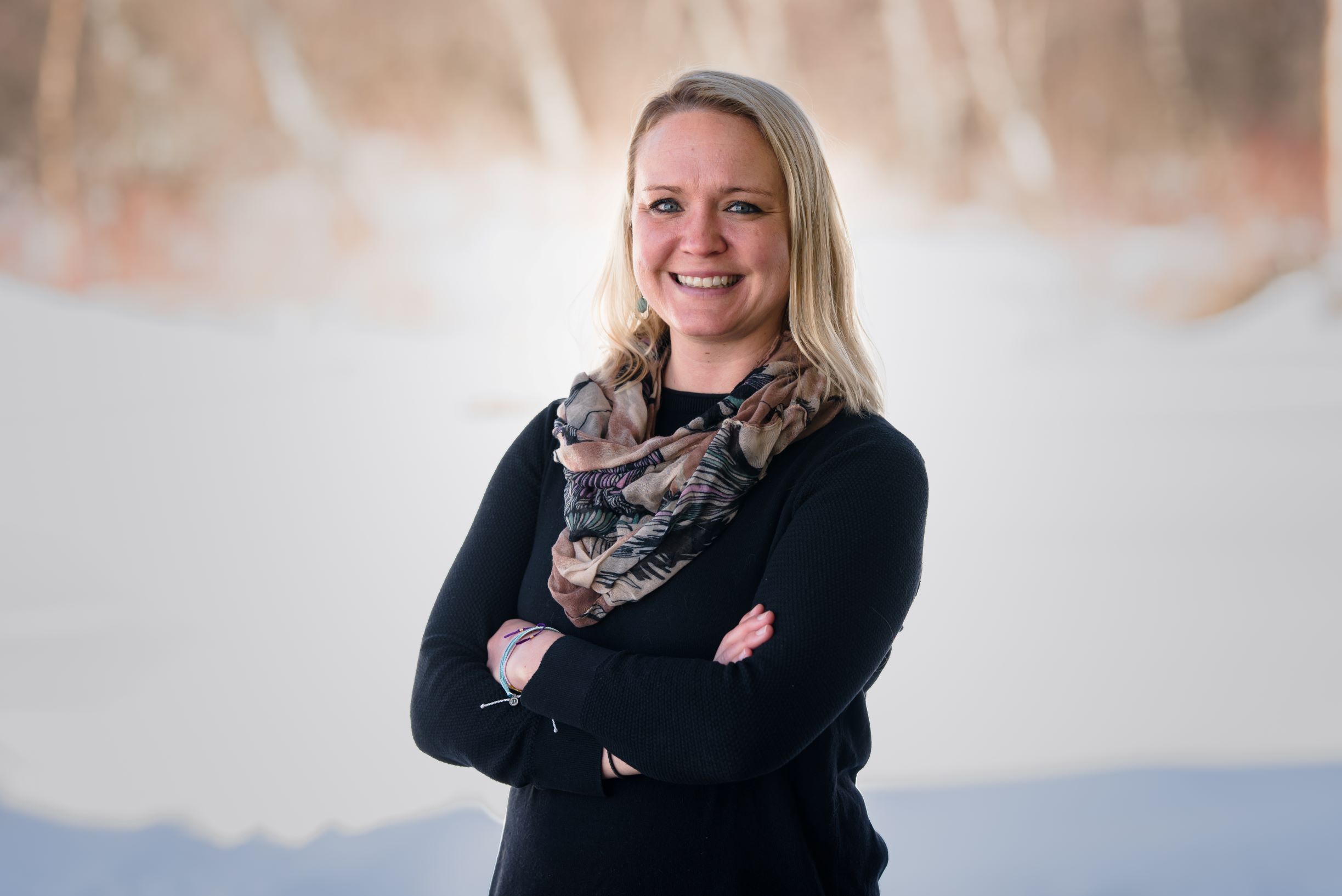 Zack joined RECON in June 2017.  He managed the logistics of re-opening and running a remote camp for 40 people with 3 operating drill rigs.  Zack continues to hone his skills at expertly managing logistics for projects in remote Alaska. A short list of his talents includes developing exploration project execution plans, maximizing the efficiency of Herc cargo charters, keeping up the fuel supply for helicopters, drills, and camp, and fast-track expediting.
Zack received his BA in Political Science/Economics at Colorado College in Colorado Springs in 1995. 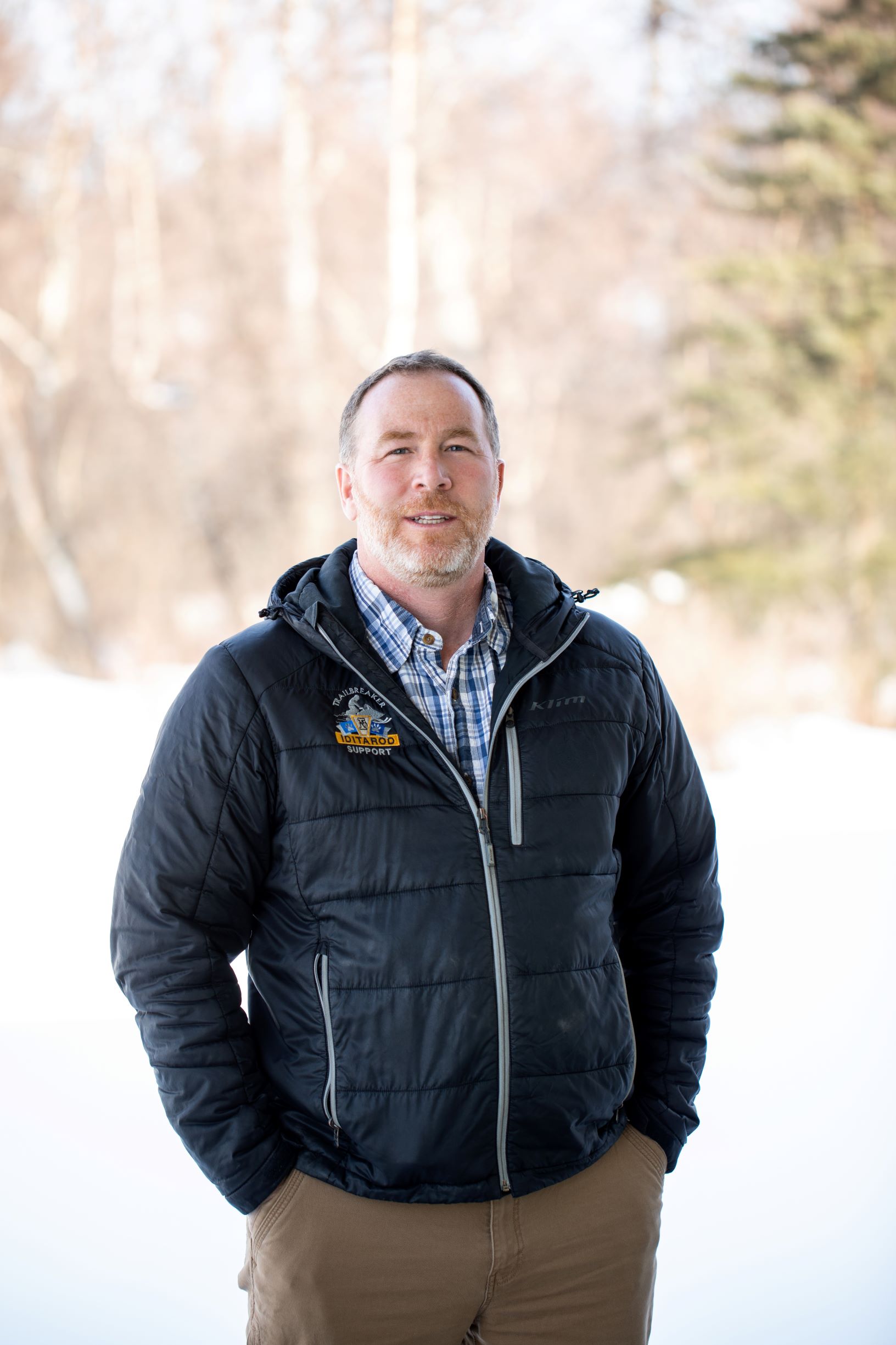 Jacob joined RECON in April 2022 as a logistics manager. He brings his experience in the US Army and the Alaska Army National Guard for the last eight years to enhance RECON’s abilities in remote Alaska.  He started his career conducting military reconnaissance operations and progressed into providing operational and logistical planning and management to conduct missions both in Alaska and overseas. He has experience with heavy lift helicopters, field communications, and resupply operations. On the weekends he is an Infantry Company Commander with the Alaska Army National Guard.
Jacob received his Bachelor of Science in Geography and a minor in Military Science from the University of Nevada in 2014. 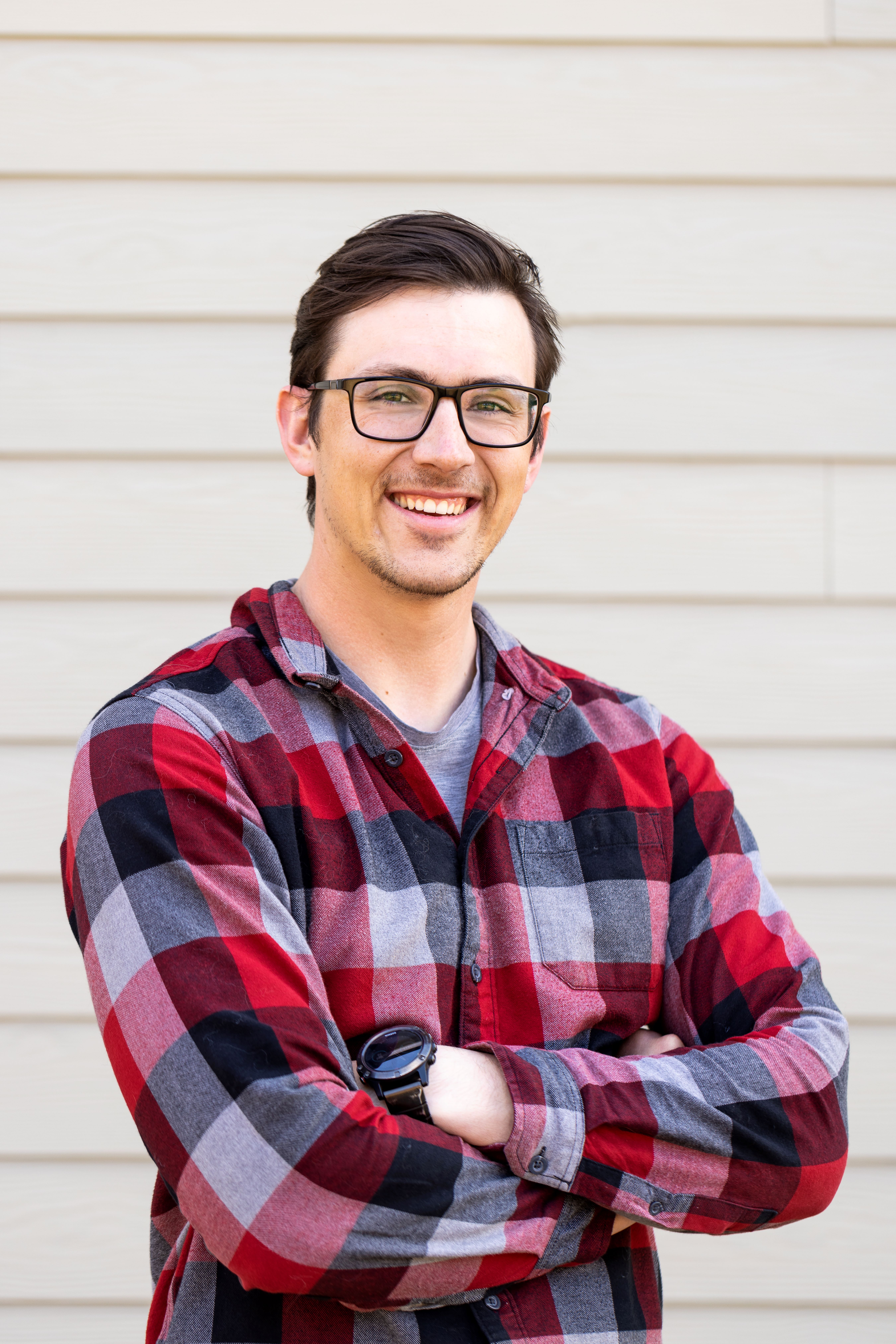 As the office manager, Debbie has been holding down the fort for as long as Rowland Engineering has been in business. She oversees all aspects of RECON’s business management, accounting, and bookkeeping. Trained in civil engineering technology and drafting, she has the background for the details of RECON’s operations.

Debbie received an AS in Civil Engineering Technology in Oregon at Umpqua Community College in 1977. 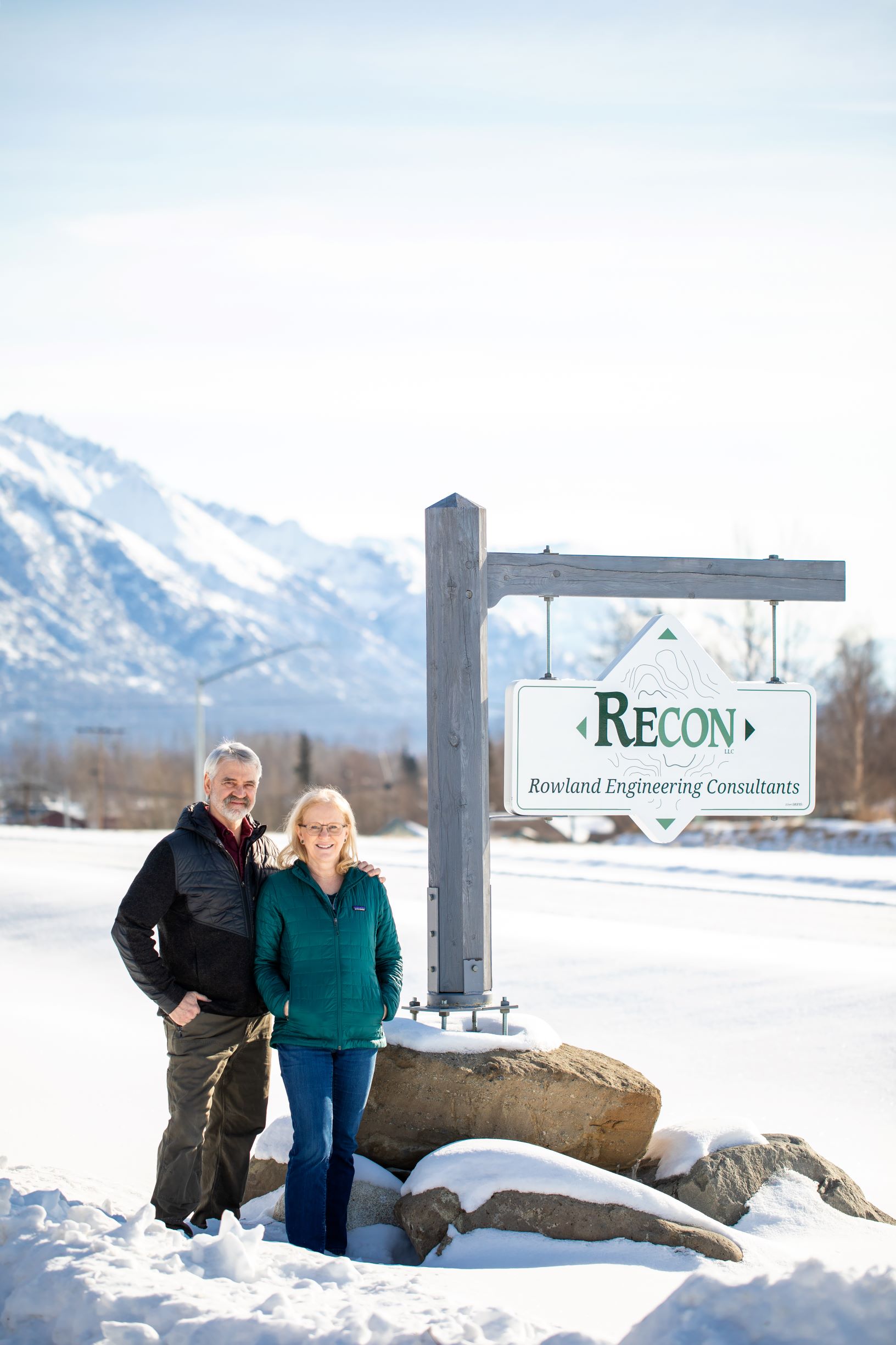 Rachel joined RECON’s team in July 2021. She assists with the office bookkeeping, invoicing, and administrative management. With experience in HR management, tuition tracking, and technical writing, she uses her eye for detail in her work for RECON and is a valued member of our team.

Rachel received her BA in Technical and Professional Communication from Cedarville University in 2012. 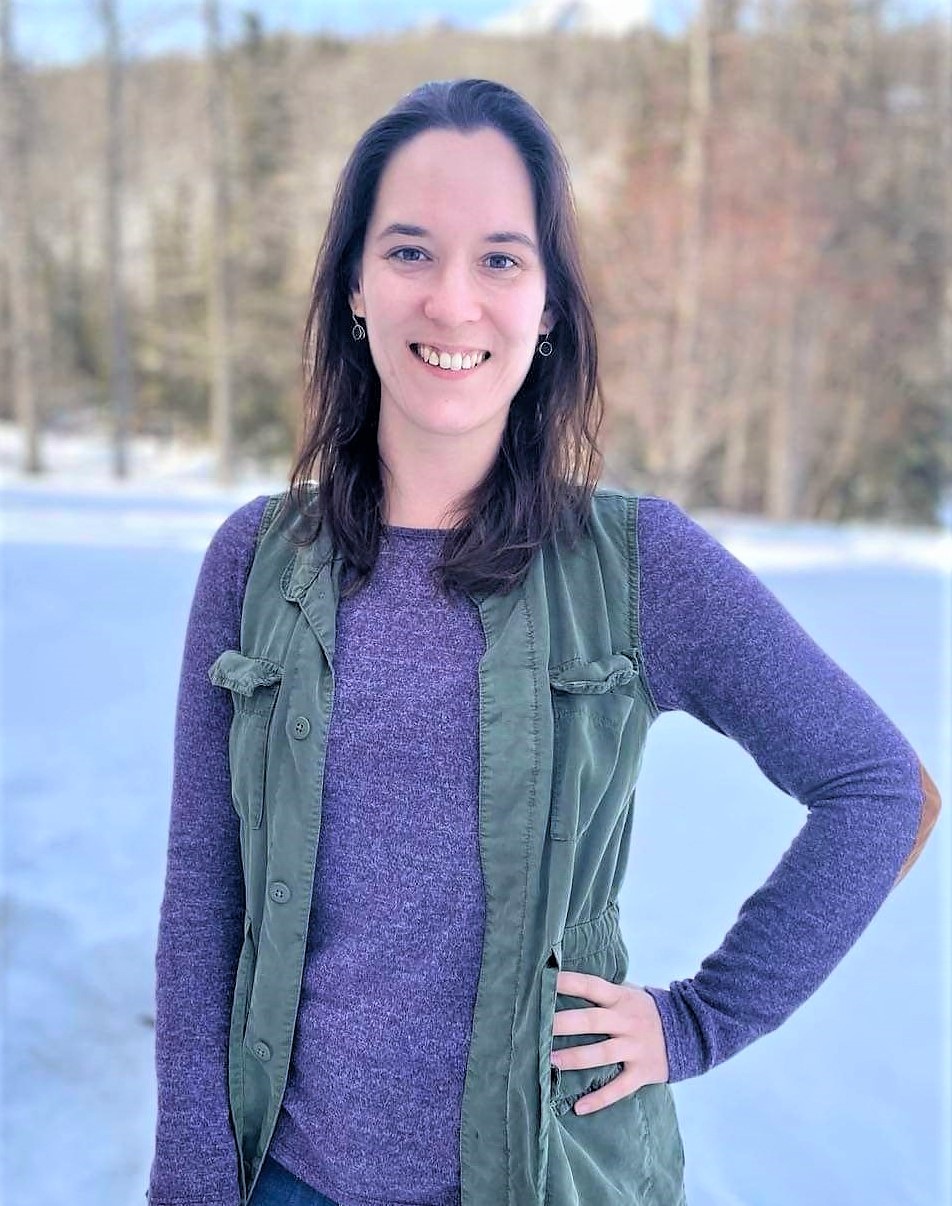